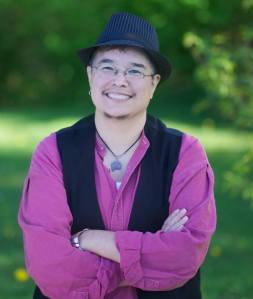 My story: Like so many of us, my story has not been a happy one. I was born in 1967, and within two months of my birth my brother and I were taken away from my grandparents who were taking care of us and our three older siblings.  The only reason my older siblings weren’t taken as well is because my grandfather told them to run away and hide until the white devil had left.  And when she left she had my brother and me with her, breaking my grandmother’s heart.  Soon after, the police came to the camp site and took my older brothers and sister to residential school.  My brother Terry and I were placed in foster care, he was 2 and I was just a little baby.  We lived there oblivious of the tragedy that was unfolding in our family.  On January 7, 1970 my mother was murdered by some white man. There was no investigation, no inquest – she was just another drunk Indian woman who died mysteriously.  Then in late August that same year my father died in a boating accident.  I think his heart was broken from losing all his kids and his wife. Plus, he had been to the same residential school that now had his three oldest. It was too much to bear.  The following month as I turned 3, I was adopted by a white couple who had two sons. They were considered good people, they owned a good business, they were community minded.  They fit the ideal for Chretian’s plan for assimilating more Indian children.  I had become another adoptee – lost to my family of origin, lost to my history, to my past. My new parents were alcoholic, abusive, dysfunctional racists especially her.

I don’t remember much of the next two years, but once school started I was confronted with racism and I didn’t understand any of it. I lived in a town that was divided by race, and I was native but the child of white people.  It’s was a quintessential catch 22.  I didn’t fit in.  Within two years of starting school, horrible physical and emotional abuse at the hands of my adopted mother and I was being sexually abused by a foster brother whenever I spent time with my former foster family – which was a lot of time.  The sad thing, at 7 years old I knew that I couldn’t tell my adoptive mother that I was being hurt because she would blame me.
All this painful horribleness went on until November 1981 when at 14 I couldn’t take anymore, I ran away.
I ended up in a children’s home in a nearby city, which was a relief to me, I started to feel safe for the first time in my life.  I went to school, I played hockey, and I had friends for the first time. I was able to reconnect with my family of origin.  I had a hometown, a history, a language and a beautiful family that loved me – even though they had had to keep a distance for all those years.  I finished high school, the first one in my family to do so.  I went onto university, I went to Simon Fraser University in Vancouver – the dramatic change from little town to big city was overwhelming and I lost my way a little bit and at the end of the school year I was asked not to return in the fall.  I traveled across Canada by train.  I knew I had to do something, and in not knowing what do to I signed up with the Canadian Armed Forces and in October 1989 I went to Nova Scotia for basic training and in January 1990 I was stationed in Kingston, Ont for second stage training.  While in Kingston, I realized that I was not military grade personnel – I wanted to argue every order, I didn’t like the rank and rule system and the superior officer, subordinate role I was supposed to play.  And to top things off the Oka Crisis was happening and a lot of anti-First Nations comments were thrown in my face. I requested and was subsequently released from the Forces in September 1990 – just in time to return home to go back to school in a teacher’s program. I did really well in the teacher’s program and got my degree in education in 1994.  I taught for 10 years, in the Yukon, BC and in South Korea. 1999, I was stricken with PTSD which was the outcome of all the abuse I had endured in my childhood.  It took me over 10 years to recover.

I am now back in school again, this time I am taking screenwriting at Vancouver Film School. I am happy, healthy and feeling good about the future.

I am getting some money from Veteran’s Affairs for trauma that happened while I was a soldier.  I am seriously contemplating suing the government for not properly caring for me when I was in their care.

I have some stories published, another story that is going to be published soon. I consider myself fortunate – I don’t drink, do drugs, I don’t have a criminal record and I think I have beat the odds.  I have survived and Canada is going to know about it one day.
The noise that has been made about residential schools has to be made about the Sixties Scoop.  We were not better off, we didn’t become colorful upstanding Canadians with a good work ethic – we became the lost children of a generation who had no past and no future unless we had people who helped us. I am grateful for the good people who entered my life…..in all my relations.